Are you lactose intolerant? Perhaps only to processed milk. The enzyme lactase is greatly reduced in processed dairy. Lactase is the enzyme necessary to break down and absorb certain nutrients. The destruction of this essential enzyme in the processing of pasteurized, homogenized milk is an explanation as to why so many people are lactose intolerant – to store-bought milk, that is. As raw milk is abundant in the enzyme lactase, previously intolerant people find that they are able to enjoy raw milk without any of the digestive issues or side effects they suffer when drinking processed milk. In fact, a study done by the Weston A. Price Foundation found that 80% of the 700 families they reviewed stopped having symptoms of lactose intolerance when they switched to raw milk.

At www.realmilk.com, they cite lots of research on allergies to dairy. The articles and research state that the traditional allergies are not present with raw milk.

(This would indicate that the processing is the problem of the irritation. Like microwaved food, the body does not recognize damaged food. Even if that food appears right to our senses.)

If you have dairy allergies, try raw milk if you can take the chance.

Further, this article states that raw milk will actually correct many things. Read the articl for more information and cited research on allergies to dairy.

The following information was copied from :

Casein is only an issue if someone is *sensitive* to it. I use the word sensitive, because very few people are truly allergic to it (If you've been properly allergy tested and have tested positive for casein allergy, then you should not use milk and should carry an Epipen with you as well as wearing a Medicalert bracelet.) If someone has leaky gut, and improperly digested casein is getting into their system, then they are going to react because inappropriate proteins are what the immune system is designed to attack. The other problem is that the peptides that result from incompletely broken down casein behave like opioids and they will have a similar CNS effects.. hence, brain fog, lethargy, etc.

From: http://web.mit.edu/kevles/www/nomilk.html "There is only an 85% overlap in milk protein makeup across different species so people who have an unusual milk allergy, or who are merely lactose intolerant, may find that a milk other than cow's milk is digestable. Also, remember that since each mammal has protein and sugar variants in their milk, it's possible to be allergic to the milk of only one, or one set of, mammals."

From: http://www.askdrsears.com/html/3/t032400.asp "Unlike cow's milk, goat's milk does not contain agglutinin. As a result, the fat globules in goat's milk do not cluster together, making them easier to digest. Like cow's milk, goat's milk is low in essential fatty acids, because goats also have EFA-destroying bacteria in their ruminant stomachs. Yet, goat milk is reported to contain more of the essential fatty acids linoleic and arachnodonic acids, in addition to a higher proportion of short-chain and medium-chain fatty acids. These are easier for intestinal enzymes to digest. Different protein. Goat milk protein forms a softer curd (the term given to the protein clumps that are formed by the action of your stomach acid on the protein), which makes the protein more easily and rapidly digestible. Theoretically, this more rapid transit through the stomach could be an advantage to infants and children who regurgitate cow's milk easily. Goat's milk may also have advantages when it comes to allergies. Goat's milk contains only trace amounts of an allergenic casein protein, alpha-S1, found in cow's milk. Goat's milk casein is more similar to human milk, yet cow's milk and goat's milk contain similar levels of the other allergenic protein, beta lactoglobulin. Scientific studies have not found a decreased incidence of allergy with goat's milk, but here is another situation where mothers' observations and scientific studies are at odds with one another. Some mothers are certain that their child tolerates goat's milk better than cow's milk, and mothers are more sensitive to children's reactions than scientific studies. Less lactose. Goat's milk contains slightly lower levels of lactose (4.1 percent versus 4.7 percent in cow's milk), which may be a small advantage in lactose-intolerant persons. Different minerals. Although the mineral content of goat's milk and cow's milk is generally similar, goat's milk contains 13 percent more calcium, 25 percent more vitamin B-6, 47 percent more vitamin A, 134 percent more potassium, and three times more niacin. It is also four times higher in copper. Goat's milk also contains 27 percent more of the antioxidant selenium than cow's milk. Cow's milk contains five times as much vitamin B-12 as goat's milk and ten times as much folic acid (12 mcg. in cow's milk versus 1 mcg. for goat's milk per eight ounces with an RDA of 75-100 mcg. for children). The fact that goat's milk contains less than ten percent of the amount of folic acid contained in cow's milk means that it must be fortified with folic acid in order to be adequate as a formula or milk substitute for infants and toddlers, and popular brands of goat's milk may advertise "fortified with folic acid" on the carton."

Also lots of info at: http://www.goatworld.com/articles/whygoatmilk.shtml.

So.. the upshot is, all milk has lots of casein in it.. otherwise it wouldn't BE milk... but there are different types of casein and for someone who has a casein sensitivity, goat milk may provide an alternative to which they don't react.

If you have a true casein allergy, then no milk will work for you.. but remember, true allergies to casein are pretty rare, and allergy tests may be inaccurate and all the more so for someone with IBD. If you've had an anaphylactic reaction to milk in the past, then you should never eat any dairy, ever.. but if you just feel a wonky when you have dairy, you may just have a sensitivity and as you heal, that sensitivity may go away. 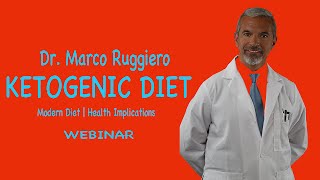 What should I buy? How do I take it? How do I make it?

The Flutter and the Shimmer! The new health super power!

How do I take Bravo GcMAF Probiotic? Yogurt?

Miron Glass. What it is?

Save big at the Bravo Co-op

Bravo! Leave the light on!

How does Bravo create health?